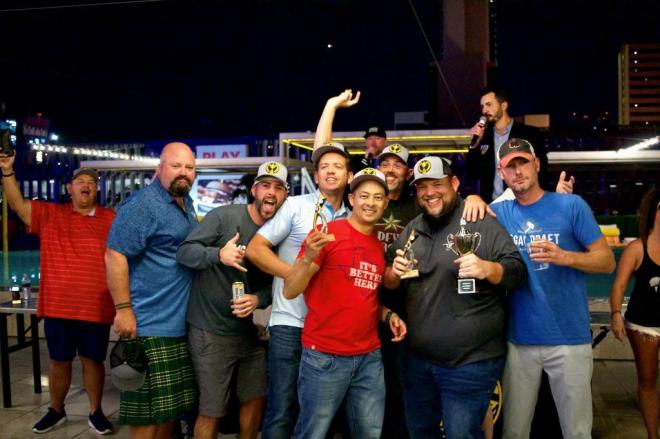 LAS VEGAS, NV – We were forced to take a short break during the awards ceremony so El Presidente could dry off after everyone simultaneously spewed their drinks on him from the shocking news that San Francisco hadn’t won the Chapters Cup. Year after year, San Francisco has won The Cup; being upset only twice in the 10-year history of the award.

In 2014, Salt Lake City took The Cup after San Francisco felt bad and decided to have their whole team play left-handed. They still finished second.

In 2018, after taking another 3 consecutive Cups, San Francisco decided to play blindfolded to see if anyone else could even come close. DFW managed to steal a victory by a scant three strokes over SF.

Naturally, San Francisco won The Cup back in 2019. But after having a year off with MGAWC20 being cancelled, SF wasn’t taking any chances and played on the proper side of the ball and with full vision. But it turns out DFW spent the entire pandemic practicing, because neither SF or anybody else could hold a candle to them.

With three players finishing in the top 10, DFW set a new record-low team score of 526 and took The Cup by a shocking 19 strokes over Orange County.

Pahrump MGA grabbed their fourth consecutive Last Place Championship, but showed their grasp on that title might be slipping; as they knocked 42 strokes off their 2019 total and their margin of “victory” shrank from 96 strokes to 36 strokes.