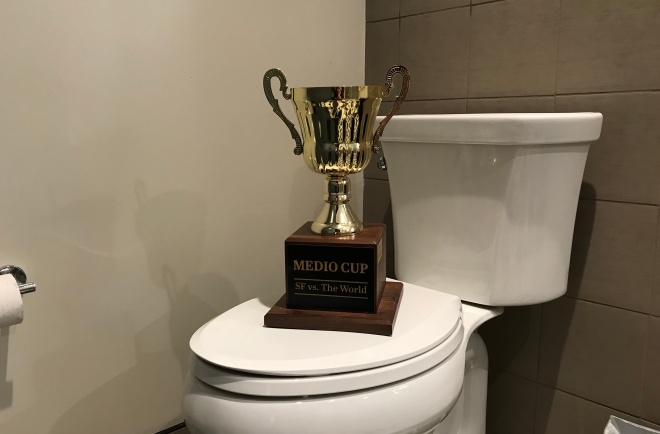 LAS VEGAS, NV – Tomorrow during round 1 of the MGAWC, 24 lucky medios will battle it out in a Ryder Cup style competition to try and win the coveted Medio Cup. It’s the San Francisco VS. The World in the fall classic and recently The World has had a stranglehold on The Cup. But San Francisco has never been one to back down from a challenge and they’re coming out swinging tomorrow. Here are the matchups.

Because The World holds The Cup, they only need a 5-5 tie to retain it. SF must take 5.5 points to win The Cup back. The results will be revealed at the Saturday night awards ceremony.